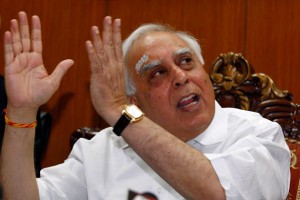 NEW DELHI : Sixteen former ministers of the UPA government are staying unauthorised in government bungalows for over a month now and have been served eviction notices, the Lok Sabha was told today.These former ministers owe nearly Rs. 21 lakh as penalties for unauthorised stay, Urban Development Minister Venkaiah Naidu said in a written reply.
Jaipal Reddy, Sachin Pilot, Farooq Abdullah and Kapil Sibal are among the ministers listed by the government.
Mr Naidu said another 21 former ministers are staying in smaller bungalows and they have been given 15 days time to move into new  accommodation they are entitled to as members of different parliamentary committees.