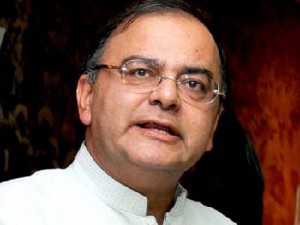 NEW DELHI : Achieving a 3% fiscal deficit target by 2017-18 is a challenge but the government will not compromise on building public infrastructure and irrigation, Finance Minister Arun Jaitley said today.
“I am glad we have achieved the 4.1% fiscal deficit target of last year. The journey to 3% has various challenges,” he said replying to a question in the Lok Sabha.Among the challenges to achieving the fiscal deficit target was the report of the Pay Commission which, he said was expected soon, as well as the additional ten per cent fund devolution to states recommended by the Finance
Commission report, as this would lead to fund outgo from the Centre.Besides, he said that public investment has to go in to infrastructure as private sector was usually reluctant to put in funds there.
Another challenge, Jaitley said, was to “prime up the economy and push growth” for which he has targeted Rs 70,000 crore investment in infrastructure in the current fiscal.
“Besides the area of infrastructure, any additional resource that I would have I tend to concentrate on irrigation,” Jaitley said when asked by Trinamool Congress member Sugata Bose whether the government would continue to invest in infrastructure for the next three years at the same rate prevailing now.
As per the fiscal consolidation roadmap outlined in 2015-16 Budget, fiscal deficit is to be brought down to 3.9% of GDP in current fiscal, then to 3.5% in 2016-17 and further to 3% by 2017-18.The 3% target would now to reached a year later than planned earlier.
He said the challenges before any Finance Minister is to balance growth and fiscal deficit and to control the deficit the government has to maintain strict fiscal discipline and adopt austerity measures.
“If fiscal discipline is established over the next 2-3 years, fiscal deficit will be better,” Jaitley said, adding the fiscal deficit of states are better than that of the Centre.