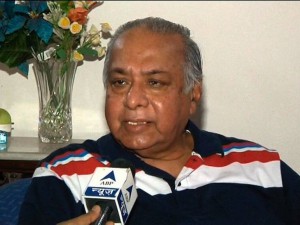 NEW DELHI: A secret deal with Yakub Memon was not struck to engineer his return to India, but the CBI did use all its contacts in Pakistan to “induce the Memons to believe that their safety lay in India” a top investigator has told to a TV Channel.
The Supreme Court is now hearing a last-minute appeal from Yakub Memon to stop him from being hanged on Thursday in Nagpur for his role in India’s deadliest terror attack.
Memon left India one day before a series of blasts hit Mumbai’s landmarks including the Stock Exchange in 1993, killing 257 people. He was produced in a Mumbai court in August 1994 amid conflicting versions of whether he surrendered in Nepal, or was arrested in New Delhi.
Shantanu Sen was the head of the CBI’s special task force that investigated the blasts. “We learnt, very confidentially from our sources, that as far as the Memon family was concerned, there was an internal disagreement among them,” he said. At the time, Yakub and his brother, “Tiger” Memon, were in Karachi.
Tiger reportedly advised Yakub against returning to India. Like Dawood Ibrahim, another mastermind of the attacks, Tiger remains missing.”We learnt from our sources that there was internal disagreement between the Memon family on staying in Pakistan. They (Yakub and his family) felt unsafe, ghutan (claustrophobic).

They also felt that maybe they will not be able to survive this atmosphere and maybe Pakistanis will not trust them,” said Mr Sen to ndtv. He said multiple Indian agencies were in touch with the Memon family, including the Intelligence Bureau, and R&AW, India’s external spy agency. “We offered them the great justice of India,” said Mr Sen.
“We were watching their movements from Day 1; we had our contacts, we knew how they were coming and as and when they landed, whenever they landed, we were able to arrest them,” said Mr Sen.
Mr Sen claims that the Memons were not duped with false promises – after Yakub returned, he was instrumental in bringing back other family members from Pakistan including two brothers who have been given the life sentence. “Out of 11, only four have been convicted. The rest of them have not been convicted. His parents got bail and then they died. If they had been prosecuted, charges against them would have been dropped.”
B Raman was a top officer of R&AW when Memon returned to India. He said in a column that was published posthumously earlier this week that Memon had cooperated with investigators and does not deserve the death penalty, though his role in the terror attack is clear.
This was echoed by Shyam Keswani, lawyer for Yakub Memon, who claimed that one of the CBI officers in the case, OP Chattwal, had promised that the agency would not oppose bail for Memon, given the extent to which he (Yakub) had cooperated with the CBI. Later, Mr Keswani alleged, the CBI did a u-turn.
But Mr Chattwal told , that is incorrect. “I have never received any instructions from any senior officer (of the CBI) to go slow in the matter or to show any favour to him,” he said.
As for the claim of whether Memon cooperated with the investigation, Mr Chattwal said “Whatever evidence was available with him at the time of the arrest, that was taken into custody. And that has been used and produced in court during the trial. It wasn’t voluntary handing over of evidence from him. The evidence was recovered from him.”