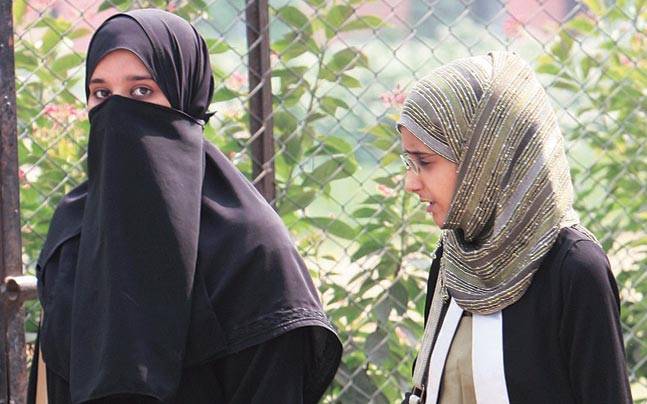 NEW DELHI : Seeking equal rights for Muslim women, Prime Minister Narendra Modi on Saturday said he believes that the reformers from the community will protect women from ill-effects of triple talaq.”I am sure that reformers from the Muslim community will come forward and put an end to triple talaq,” the PM said while speaking on the occasion of Basava Jayanti at Vigyan Bhawan in the city.

The comments come just days before a constitution bench of the Supreme Court begins hearing to decide if the practice is constitutionally valid. He further said: “Triple talaq issue should not be seen through a political prism.”PM Modi also said that he would fight against the sufferings of the Muslim daughters in the country. “My government will bring an end to this archaic law,” he added.

“Reformers from the (Muslim) community itself will come forward to protect women from the ill-effects of triple talaq,” news agency PTI quoted Modi as saying at an event in Delhi. Earlier this month, speaking at the BJP’s national executive meet in Odisha’s capital Bhubaneswar Modi had said: “Justice should be done to Muslim women…Injustice should not be done with them. Nobody should be exploited.”

Under the ‘triple talaq’ practice, a man can divorce his wife by saying the Urdu word three times at one sitting. In recent years, many women have approached the judiciary and the Supreme Court is hearing three petitions against the triple talaq – the trigger for the current controversy.

Last year, the Law Commission asked for feedback on the contentious Uniform Civil Code, a set of identical civil laws, and a government affidavit in the top court opposing ‘triple talaq’ and polygamy among Muslims on the ground that they discriminate against women.

The All India Muslim Personal Law Board, an advocacy organisation, announced its decision to boycott the Law Commission’s exercise and resist the Centre’s attempt to replace diverse customary laws governing marriage, divorce and inheritance with the Uniform Civil Code.India has separate sets of personal laws for each religion, and demand for overhauling these codes date back decades.

“He (Modi) talked about social justice. He said our Muslim sisters should also get justice. Injustice should not be done with them. Nobody should be exploited,” Union Minister Nitin Gadkari had said, quoting PM Modi.”We do not want conflict within the Muslim community over this issue. What we have to do is that if there are any social evils, we have to wake the society up and make efforts to provide justice to them (Muslim women). That was the Prime Minister’s spirit,” Gadkari added.