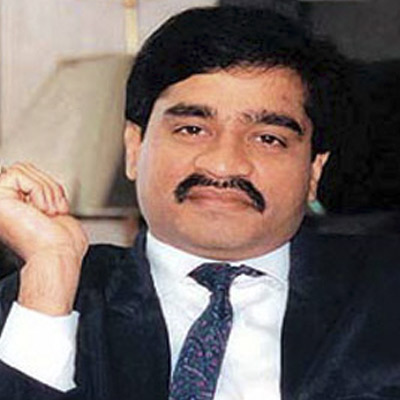 NEW DELHI : Dawood Ibrahim’s long-time aide Chhotta Shakeel has dismissed the speculation that the underworld don has died after suffering a massive heart attack in Pakistan.
The Pakistani media had on Friday reported that India’s most wanted underworld don was in critical condition in Karachi, Pakistan, triggering speculation that 61-year-old Dawood has died.
However, Chhota Shakeel has confirmed that Dawood Ibrahim is not dead. Reports of his health condition could not be confirmed though. Talking to to Indian Newspaper over the phone from Karachi, Shakeel said: “Listening to my voice, do you think any such thing has happened? These are all rumours.”
“Bhai is fit and fine,” he added.
The 61-year-old underworld don suffered a heart attack and was admitted to the Aga Khan Hospital in the city, according to unverified reports.Reports had claimed that Dawood was in critical condition in Karachi’s Aga Khan Hospital. He is reportedly suffering from multiple ailments for a long time and suffered a sudden heart attack at around 5 pm yesterday.
Dawood is accused of plotting the 1993 serial blasts in Mumbai in which 257 people were killed and 700 were injured. The mafia don is believed to have financed the attacks on orders from Pakistan’s Inter-Services Intelligence. He is also accused of masterminding other terror attacks and faced multiple charges of money laundering and extortion. India and the US also say that Dawood financed terror groups including al Qaeda and Lashkar-e-Taiba.
India has tried for many years to track down and apprehend Dawood, who is said to have run Mumbai’s underworld by remote control out of Dubai and Karachi. India maintains that the underworld don has, for years, been shielded by Pakistan and has multiple addresses in Karachi, something that was endorsed by a United Nations committee, which accepted six of the nine addresses that New Delhi had submitted as his hideouts in that country last year.
India has submitted several dossiers that it says are proof that Dawood lives on Clifton Road in Karachi.
Islamabad, however, has always denied Dawood’s presence in Pakistan. Last year, Dawood joined his family via Skype in the celebrations of the wedding of his nephew to the daughter of a Mumbai businessman. His nephew Alishah Parkar is the son of the gangster’s sister, Haseena Parkar, who died three years ago and was a senior member of his mafia.