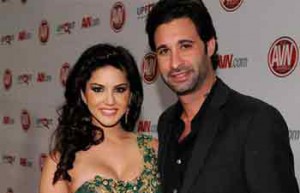 MUMBAI: Here’s good news for Sunny Leone fans. The pretty actress is planning to embrace motherhood soon.According to a DNA report, Sunny and hubby Daniel Weber have been contemplating parenthood for a while now. They were just waiting for the right time to plan a baby.
Leone’s mother-in-law is apparently keen to have a grandchild and hence the couple wants to have a baby soon.“We both want a child. We’re just trying to figure out the best time for that. I do know my mother-in-law was complaining last week.
She wants a grandchild and we are taking too long,” DNA quoted the actress as saying.
Sunny became a household name soon after she appeared in reality show ‘Bigg Boss’ four years ago. Here’s wishing her and her husband all the very best. Hope stork visits them soon.