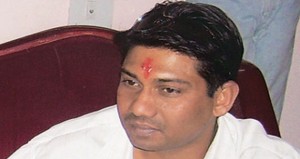 NEW DELHI : Political leaders across parties have slammed the Bharatiya Janata Party (BJP) for failing to take any action against Union Minister of State for Chemicals and Fertilizers, Nihal Chand, who is an accused in a rape case of a married woman.
Congress leader Mani Shankar Aiyar told ANI, “Our PM talks about zero tolerance and then this happens, they just lie every time. The BJP should decide if they will sack Nihal Chand or not, but what I feel is that they should follow what they had promised the people. They should answer if they have zero tolerance for crime against women, then why is he still there in the ministry.”
Shobha Ojha , president of the Congress Party’s women’s wing, too gunned for the Nihal Chand’s resignation.She said “Today women Congress is protesting against Nihal Chand and is also demanding his resignation. Our demands are clear, when a summon has been issued against a minister like that, and when our PM says that he has zero tolerance on crimes against women, he hasn’t asked for his resignation, nor has the minister offered it himself”.
“This shows how much sensitive the government is, especially Bharatiya Janata Party, towards women safety. The minister should resign in this case, otherwise the case would get influenced and the rape victim has already said that she is receiving threats. Violence against women cannot be trivialised on the basis of politics and parties,” she added.
Biju Janata Dal (BJD) leader, Jay Panda, demanded the case be tried in a fast track court, “It is a very serious issue and law should be equal for everyone, be it a minister or a layman PM Narendra Modi has given commitment that when something as serious as this happens, then the matter should be investigated as fast as possible and should be brought to justice. I feel this case should be taken to a fast track court.”
The court in Jaipur, Rajasthan had summoned Chand and 17 others after a 20-year-old woman filed a complaint accusing her husband and his friends,including the minister, in a sexual assault case.