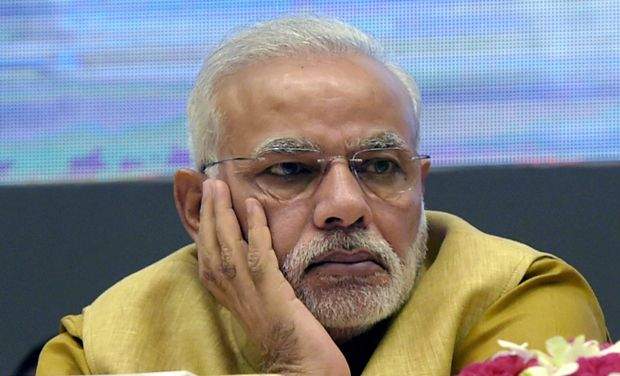 NEW DELHI :  Amid strong buzz around a cabinet reshuffle any day now, Finance Minister Arun Jaitley was today asked by reporters how long he would continue as Defence Minister. “At least I hope not very long,” he replied, chuckling.
Mr Jaitley took on the extra job after Manohar Parrikar shifted to Goa as Chief Minister earlier this year. Sources say he is likely to shed one of the two ministries before he leaves next month for Japan, where he is to attend the annual defence ministers’ conference.Union Cabinet reshuffle is likely next week .

There is also a possibility that five ministers of states (MoS) – Nirmala Sitharaman, Piyush Goyal, Dharmendra Pradhan and Jitendra Singh – might be promoted. Already, two key ministries- defence and environment- are without a full-time minister.
Many expect a change in the Railways Ministry after a series of accidents. For the first time after two derailments within four days, Minister Suresh Prabhu met PM Modi and indicated that he had offered to quit but was “asked to wait”.
A rejig of the government has been due for months now, especially in the scenario of vacancies and shifting alliances. The ruling BJP may also accommodate leaders like Bhupendra Yadav, the in-charge of Gujarat, with an eye on elections in the state later this year. Two key ministries opened up and were re-alloted after M Venkaiah Naidu was named Vice President of India. The Environment ministry was reassigned as additional charge after the death of minister Anil Dave.

The Centre is widely expected to reward Nitish Kumar’s Janata Dal (United), which is back to sharing power with the BJP in Bihar after a dramatic break-up with Lalu Yadav’s RJD and the Congress in July. BJP sources earlier indicated that a reshuffle in the Union council of ministers is expected after the monsoon session of Parliament, and some new faces could also be inducted into the Cabinet.

Prime Minister Modi first expanded his cabinet in November 2014 when he inducted 21 new faces, including Parrikar as defence minister. In July last year, Modi undertook another reshuffle in which he appointed Prakash Javadekar as the human resource development minister, replacing Smriti Irani, who was shifted to textiles.
Former union minister Praful Patel has denied reports that his NCP or Nationalist Congress Party will join the Modi government. “There is no basis for speculation that the NCP is joining the government in Delhi,” Mr Patel tweeted on Monday.
Many are not convinced after Sharad Pawar’s party has been telegraphing its detachment from the Congress-led opposition. The NCP skipped a meeting of the opposition called by Sonia Gandhi earlier this month, despite Mr Pawar claiming he would depute a representative. It was speculated that Mr Pawar was upset about the Congress suggesting he had betrayed the party in the recent Rajya Sabha election in Gujarat.