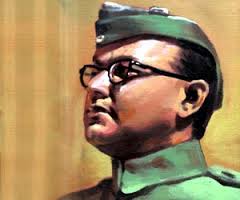 KOLKATA: The family members of Netaji Subhas Chandra Bose met Rashtriya Swayamsevak Sangh leaders here on Saturday and sought their intervention to declassify the files on his disappearance.
Led by Netaji’s niece Chitra Ghosh and nephew D.N. Bose, the family members met RSS leader Indresh Kumar and others and requested them that the documents be declassified.
Netaji reportedly died of injuries sustained in a plane crash in the Japanese-occupied Formosa (Taiwan) in August 1945.However, many have refused accept the theory. In fact, Bose was not honoured with the Bharat Ratna because of this controversy.
According to a statement issued by the family, the meeting took place at a time when the “Narendra Modi government, like its predecessor, refuses to release the secret files, many of which are about Netaji’s disappearance, citing relations with a foreign State.”
Positive meeting
Chandra Kumar Bose, Netaji’s grandnephew and spokesperson of the family, termed the meeting “positive.” “Sangh officials promised us that they would take up the matter with the government,” he said.
Chandra Kumar Bose is the grandson of Sarat Chandra Bose, the elder brother of Subhash Chandra Bose and the architect of a Bengali homeland movement during Independence.
The family also pointed to the report of the Justice M.K. Mukherjee Commission — constituted by the previous National Democratic Alliance government to probe Netaji’s disappearance — that said the Centre did not give the commission vital documents, thus hampering the inquiry. The RSS confirmed the meeting.