VARANASI : Describing himself as a “son of soil”, Congress candidate Ajay Rai says the poll battle here will be mainly a contest with “outsider” Narendra Modi and dismisses any challenge from “deserter” Arvind Kejriwal.
A local man, Rai, who left BJP in 2009 after he was denied ticket from Varanasi to fight Lok Sabha polls and joined SP, is from ‘Bhumihar’ community which constitutes about 1.75 lakh in the total 16 lakh electorate in this temple town. 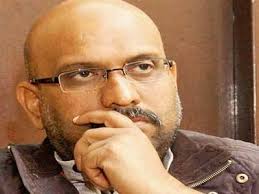 Rai had a over decade-long stint in BJP. “The electoral battle of Varanasi is between a ‘son of soil’ and an ‘outsider’. It will take time to understand the flavour of this blissful and bold ancient city. An outsider like Modi will never understand it. Even Murli Manohar Joshi (sitting MP from BJP) could not do it. The candidate who belongs to this place and can win people’s trust, will win,” Rai, a Congress legislator from Pindra assembly.
Dismissing any challenge from AAP supremo Kejriwal, he says people of Varanasi will not trust a “deserter”. “He (Kejriwal) is not even in the contest. He is not able to win the heart of Delhiites where someone is throwing ink on him or someday he is getting slapped. Varanasi does not accept deserters as it is the city of Mahadev and respects bravehearts only,” he says. 41-year-old Rai, who finished third after Joshi (BJP) and Mukhtar Ansari (BSP) in the 2009 elections, exudes confidence this time, saying Modi will not be able to win the trust of people of Varanasi, which votes on 12 May.
“Modi is contesting from two seats (Varanasi and Vadodara) and the first question that arises in people’s mind is which seat he is going to retain. Voters of Varanasi know that he has nothing to do with them and will run away from here. In Vadodara while filing his nomination papers, he (Modi) said that Gujarat is his ‘janambhoomi’ (birthplace) and ‘karambhoomi’ (place of work), so what is Varanasi?,” he asks.
Rai also says that ‘Har Har Modi’ will not work in Varanasi as it is the city of ‘Har Har Mahadev’. People of Varanasi will never accept a person who talks about dividing the country. Varanasi is known for its Ganga- Jamuni culture and ‘Har Har Modi’ will not work here. We have been chanting ‘Har Har Mahadev’ for centuries and you will hear only that in Varanasi,” he says.
“I am hundred per cent confident that I am going to defeat him (Modi). This confidence comes from the work I have been doing for my people for the past 20 years. I am one among them and consider them as family, not as vote bank.”Taking a dig at Joshi, he says, “The sitting MP from Varanasi has been residing in Delhi while the defeated candidate (himself) is roaming for them in the bylanes here.” “Soniaji and Priyankaji have given me a huge responsibility and I will do my best to fulfil it,” Rai adds.
When asked if the people of Varanasi will vote beyond caste considerations this time, he says such a situation will not arise. “I don’t think such a situation will arise. Modi himself is promoting caste-based politics as he keeps on saying that he belongs to backward class.”On Modi’s issue of development, he said that there is no need to go to Gujarat to see development. “There is no need to go to Gujarat to see development. I have done a lot of development work in my assembly. I have been seeking votes on the basis of development, not emotions. People know that I will be in Varanasi for them forever and will work harder if I get elected,” he said.