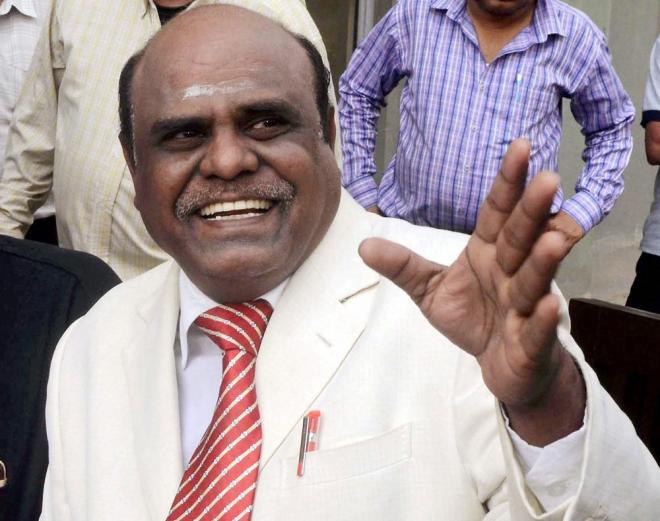 CHENNAI: In a first in India’s judicial history, Calcutta High Court judge Justice CS Karnan, awarded six-month jail by the Supreme Court for contempt, retires on Monday while being absconding. He appeared before the Supreme Court on March 31 — becoming the first sitting High Court Judge to do so in a contempt case. In another first, the apex court on May 09 sentenced the sitting high court judge to six months in jail for contempt.

The whereabouts of Justice Karnan have been a mystery since then.The judge was sentenced in absentia and the West Bengal Police was ordered to constitute a team immediately to arrest Karnan.However, he is still untraceable. On May 11, the Supreme court was moved seeking suspension of the six-month sentence.On May 17, Justice Karnan had filed a mercy plea before President Pranab Mukherjee seeking stay of the order.
Justice Karnan was found in contempt of court for hurling corruption charges against Supreme Court and High Court judges. Justice Karnan had taken on the top judiciary after he wrote a letter to Prime Minister Narendra Modi accusing various judges and officers of the Madras High Court of corruption.