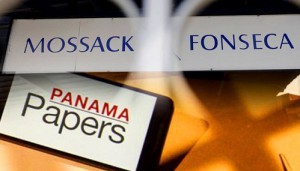 WASHINGTON: The media group that coordinated the Panama Papers investigation into offshore companies said on Thursday it would not participate in a criminal probe by the US Department of Justice.
Preet Bharara, the US Attorney for Manhattan, wrote to the International Consortium of Investigative Journalists seeking additional information from the group to aid his investigation into tax avoidance claims, the Guardian reported on Tuesday.

The group on Thursday told prosecutors in Bharara’s office that it would not release unpublished data to them.”ICIJ, and its parent organisation the Center for Public Integrity, are media organizations shielded by the First Amendment and other legal protections from becoming an arm of law enforcement,” said Gerard Ryle, director of the consortium, in a press release on the group’s website.

The consortium still has not publicly released many of the 11.5 million leaked files from Panamanian firm Mossack Fonseca that media outlets around the world used to reveal how prominent individuals and corporations hide assets and avoid taxes.