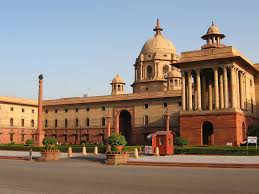 NEW DELHI :  India on Friday rubbished a ‘racist video’ posted by a state-run Chinese news agency, saying ‘Won’t dignify it with a comment’. The first official reaction came from the Ministry of External Affairs (MEA), a day after Xinhua posted the video to target India over the Doklam standoff.

“I do not want to dignify this video with a comment,” MEA spokesperson Raveesh Kumar said on the Chinese propaganda video during a press brief. The video, loaded with “rhetoric” and “distorted facts”, was an attempt to mock India by impersonating an Indian Sikh through fake beard, turban and accent.
The anchor in the video calls India a ‘bad neighbour’ and ‘robber’, and accuses India of committing “seven sins”.After it was posted by Xinhua, social media users in India have criticised the Chinese propaganda video, calling it ‘shocking’ and ‘racist’.