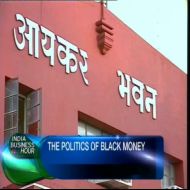 NEW DELHI: The I-T Department is facing “a kind of helpless” situation as some deductors are not depositing TDS with government accounts despite prosecution of violators, a top official said on Tuesday.
“The tax deductors have been prosecuted despite that they are not paying into the government’s account and there we are kind of helpless as to what has to be done in those cases,” Nutan Sharma, Chief Commissioner of Income Tax (TDS), Delhi region, said at an event organised by industry body Assocham.
On the issue of long delays in tax refunds, she said the Department is working to fix the problems faced by many taxpayers which turn into grievances. “If you have excess collected or if there is based upon appeal effect or for whatever reason refund is due which you have not got for long time, we are trying to resolve these problems,” she said.
“It consumes a lot of our precious time in answering to courts for genuine things, we ourselves want that compounding should be done as quickly as possible and prosecution should be launched in as less number of cases as possible.”
The Department wants to educate people so that no such situation arises where the government is forced to take any kind of coercive measure as it leads to waste of time, creates tension and causes hindrance in creating a non-adversarial tax environment, she added.

Sharma also rued that due to lack of time the Department is not able to achieve targets and improve budget collections. Speaking on the same occasion, Commissioner of Income Tax (CPC-TDS) Ravi Agarwal said more than 2 crore educational e-mails on various issues have been sent by CPC (TDS) to deductors. The number of TDS statements in 2013-14 stood at 90.98 lakh.