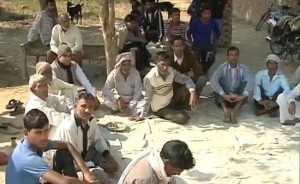 HAPUR: A young man belonging to the Scheduled Castes and his Muslim wife were hacked to death in broad daylight in Uttar Pradesh’s Hapur – 75 km from Delhi – on Saturday, allegedly by her brother, for defying the diktat of the panchayat and staying married.
Sonu, 22, and Danishta Begum had got married four months ago, after which the couple was staying together at his house in Fatehpur village. The two families had been neighbours for 13 years. But after some friction between the two, the local panchayat ordered they separate.
Danishta shifted to her parents’ home but when a week later, she went back to her husband, her family became furious. On Saturday, her brother Talib hacked Sonu to death in full public view. When his sister tried to intervene, he slit her throat as well.

The police have registered a case of murder. Talib and the girl’s mother Noor Jehan, who surrendered at the police station, have been formally arrested. Four other accused are absconding – two brothers of the woman, Asif and Tasleem and their friends Zaffruddjn and Amiruddin.
“Caste or religion did not come into play in this murder, since the woman was living with her in-laws for four months. It was disobeying the panchayat that had provoked her family,” said Rajinder Kumar, the superintendent of police, Hapur.
Sonu’s father Satyavan said the murders were “pre-planned”. The locality is predominantly Muslim and his family is the only scheduled caste family that stays there.
“My son was murdered in broad daylight and no one saved him. I will leave the village since I feel unsafe here,” he said 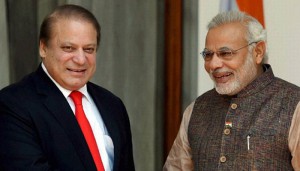 Previous post Indo-Pak talks not at the cost of dignity, self-respect: Nawaz 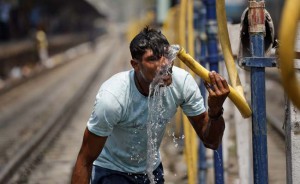 Next post 2014 Will Be the Hottest on Record: Scientists