NEW DELHI : With over 100 million users and 900,000 small and medium businesses on board in India, the world’s largest social networking site Facebook is in the process of monetising its business in India, Chief Operating Officer Sheryl Sandberg said today.
India has the second-largest user base for Facebook, after the US. ”We have invested heavily in India. India is one of the big bets for us. We are in the process of monetising here,” she told reporters. Sandberg did not disclose details.“India is our second-largest market and it has a lot of potential. US is our largest market, but in terms of people on our network, there is a huge opportunity for us,” she said. 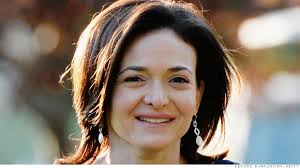 Globally, Facebook has more than 1.2 billion users. She added that about 900,000 SMBs have pages on Facebook on which they can advertise and reach out to potential customers. These pages appear in news feeds of users, which the company claims are “personalised”.
“Some percentage of these SMBs are paying for the page product. This explains lot of growth here. Business here contributes globally,” she said. Sandberg added that the company wants to “enable commerce” — help small and medium businesses to find customers and expand their business, in turn helping Facebook grow.Facebook has set up one of its four global operations centres in India, the others being in Dublin, Austin and California. ”India is not just contributing to development but also business,” she said.
Sandberg said Facebook is engaging actively with various stakeholders such as the government, NGOs, companies, telecom operators and handset makers to provide access to the Internet for the next billion population.“You can expect more. We want to ensure that access to Internet is faster, better and cheaper. We are making serious investments,” Sandberg said, adding that Facebook’s mission is to help people across the globe “connect and communicate”.
Talking about her experience in India as a World Bank associate working on a leprosy health initiative, Sandberg said India has changed a lot since her first visit.
“When I came in 1991, I remember sending faxes to family and friends. India has changed a lot. It’s a part of the global economy,” she said.