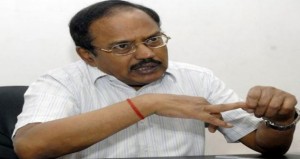 NEW DELHI : Former Intelligence Bureau chief Ajit Doval on Monday met prime minister-to-be Narendra Modi and BJP chief Rajnath Singh, intensifying speculation that he may be appointed the next National Security Advisor.
Doval, who was Intelligence Bureau chief 2004-05, is currently director of the Vivekananda International Foundation, a think tank.
He is considered close to senior Bharatiya Janata Party leader L.K. Advani. Daval’s name was doing the rounds for some time before the Lok Sabha elections that in case the BJP came to power, he would become the NSA.