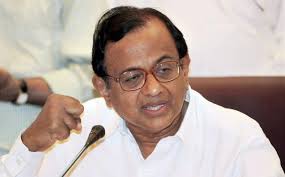 NEW DELHI : Finance Minister Arun Jaitley has warned that the Congress will confront “embarrassment” because “a big name” from the party is on the list of Indians who hold illicit foreign bank accounts.
Mr Jaitley’s predecessor and Congress leader P Chidambaram disagrees. “Whatever name is there will embarrass the individual, the party won’t be. These are individual transgressions,” said Mr Chidambaram, breaking his silence in an exclusive interview to A News Channel.
In April, while Mr Chidambaram was Finance Minister, a list of Indians with bank accounts in Liechtenstein was given to the Supreme Court, but both the previous government and the new one say that the names must be kept confidential for now.
“I did not ask to see nor was I shown the names.
So whose name is there I don’t know,” Mr Chidambaram said in his first interview since the UPA lost power in May. There are reports that the “big name” referred to by Mr Jaitley  was a minister in the government headed by Dr Manmohan Singh which was trounced by the BJP in the May election.
Earlier this week, Mr Jaitley told NDTV that his government has been wrongly attacked by the opposition Congress for allegedly being reluctant about releasing the names of Indians who have siphoned untaxed or black money to tax havens like Switzerland and Lichtenstein.
Mr Jaitley said that tax treaties with these countries ban the disclosure of names at preliminary stages of inquiry. He told NDTV that in many cases, the investigations are close to being completed and names will then be shared with the Supreme Court, at which point, they will become public via the media.
“The purpose of Jaitley’s comment was to move from black money to black mail, just release the name,” Mr Chidambaram said, adding to Congress voices like Ajay Maken who have said the government must steer clear of “vindictiveness” and “selective leakage” of names.
He added, “The BJP’s position today is identical to the one we took, and legally it is the right position to take. They were wrong to criticize us back then.”

The Supreme Court, based on a petition by noted lawyer Ram Jethmalani, has created a special committee to look at how to recover black money.

The Congress says the BJP, which vowed during its campaign for the national election to bring back black money to India within 100 days of being elected, must now admit that its promises were bluster.