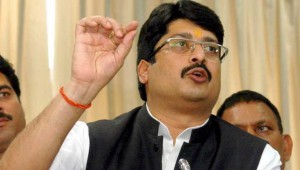 LUCKNOW: At a time when Bundelkhand region of Uttar Pradesh is reeling under the fourth consecutive crop loss and a sharp increase in cases of farmer suicide, 17 ministers and MLAs of state are on multi-foreign trip under the name of ‘study tour’.
Interestingly, the said ‘nation tour’ includes sight seeing and shopping for these MLAs and ministers and the majority of expense will be born by none other than the Uttar Pradesh government.

Over 18 days, the ministers and MLAs will visit three nations including Japan, which is not a part of Commonwealth Parliamentary Association. According to reports, it was for this reason that ‘Japan’ was concealed by the Samajwadi government so as to avoid any controversy over MLAs’ study tour.
With Japan being included in the visiting land of these MLAs, it would not be wrong to say that the said tour is unlikely to be a ‘study’ but more likely to be a complete pleasure trip for these ministers.
Of these 17 legislators, 15 MLAs are of ruling Uttar Pradesh, while one Pradeep Mathur is from Congress and Dalveer Singh is from RLD. UP Assembly Speaker Mata Prasad Pandey is leading the group of legislators who will visit Australia, New Zealand and Japan.