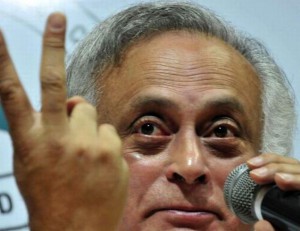 HYDERABAD: Senior Congress leader Jairam Ramesh has expressed confidence that all “secular forces” would join hands to defeat the BJP in forthcoming elections in Bihar.“Bihar elections would be the third nail in BJP’s coffin.First nail was Delhi elections and the second nail was the Land Acquisition Bill,” the former Union Minister told here.
On uncertainty over the merger of Janata Parivar outfits before the polls later this year, he said, “Lot of shadow-boxing that goes on.”But the Rajya Sabha member hastened to add, “I am sure ultimately all the secular forces will get together to ensure that the BJP gets the treatment it deserves in Bihar.”