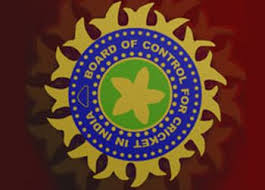 CHENNAI : The BCCI is exploring the possibility of playing a cricket series against traditional rivals Pakistan at a neutral venue like Dubai or Sharjah in the near future. India have not played any Test series against Pakistan since 2007-08 home series because of strained relations but were engaged in a short limited-overs series involving three ODIs and two T20 Internationals with matches being played at centres like Ahmedabad, Kolkata, Delhi, Bangalore and Chennai in 2012-13.
The issue of scheduling a series against Pakistan was briefly discussed at the Emergent Working Committee meeting in Chennai on Thursday. “Yes, there was a discussion about possibilities of playing against Pakistan at a neutral venue like Dubai, Sharjah or Abu Dhabi. But nothing has been finalised as of now. We are definitely looking at possibilities and are open to discussion with our PCB counterparts,” a senior BCCI office-bearer told PTI on Friday.

For Pakistan, their off-shore home venue has been United Arab Emirates where they have played matches at Abu Dhabi, Dubai and Sharjah. Teams like South Africa and Sri Lanka have played Test series against Pakistan in UAE.

As far as the current FTP is concerned, India is not in a position to play a full series against Pakistan till 2015 but BCCI is looking at the possibility that a short series being squeezed in somewhere. “An Indo-Pak series would also mean greater revenue for PCB and also it would give us a chance to have their nod for our ‘Position Paper’ which BCCI is planning to table at the ICC Executive Board Meeting. Also Zaka Ashraf’s comeback in PCB can be called a factor in this regard. “Mr Srinivasan shares a cordial relationship with Ashraf, who is also banker and a noted industrialist in Pakistan,” the official added.