NEW DELHI : Army Chief Gen Dalbir Singh Suhag Friday warned Pakistan that India’s response to any beheading-like incident in future would be “more than adequate, intense and immediate”. “I can tell you that our response to any such act will be more than adequate in future. It will be intense and immediate,” he told reporters after his welcome Guard of Honour as Chief of Army Staff.
The new Army Chief was asked how did India give a ‘befitting reply’ to Pakistan after the beheading of Indian soldier Lance Naik Hemraj along the Line of Control in Poonch sector on January 8, last year by Pakistani troops. Previous Army Chief Gen Bikram Singh had yesterday stated that India had given a befitting reply to Pakistan after the beheading incident. “It has been done. Please understand that when we use force, that use is from tactical to operational to strategic levels.
“When I mention that during that incident, it was aimed at operations at the tactical level, which have been undertaken. I think this has been done by the local commander, the Chiefs have nothing to do with it,” Gen Singh had said. Pakistani Special Forces under the Border Area Teams (BAT) had carried out the operation of beheading Hemraj and mutilitating the body of Lance Naik Sudhakar Singh. 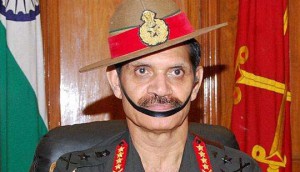 Later in August, they had also killed five Indian troops in the same sector in a joint attack by Pakistani Special Forces and LeT terrorists. Gen Suhag also expressed his gratitude to the government “for reposing faith” in him. BJP had earlier opposed the process of designating Gen Suhag as the new Chief by the UPA government in its last days in office in May. But soon after NDA came in power, Defence Minister Arun Jaitley had said that the new government would continue with the appointment made during UPA’s tenure.
Questions were also raised over his appointment by Union Minister and former Army Chief Gen V K Singh. Listing out his focus areas, Gen Suhag said they “would be to enhance operational preparedness and the effectiveness of the Indian Army. “Force modernisation, infrastructure development, optimisation of human resources, welfare of serving personnel and ex-servicemen are issues that are very close to my heart.” He said he would do his best for the welfare of men behind the gun and “to provide them the required equipment and weapons for performing their assigned roles”.( with pti inputs)