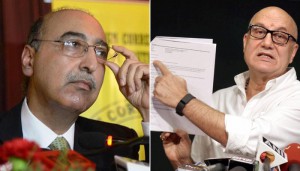 However, Kher has declined the offer, saying that he had already given those dates away for some other function. Kher tweeted:
Anupam Kher was denied a visa to take part in the Karachi Literature Festival. What peeved the actor was that 17 other Indians, invited to the event, were granted visas.
The climb down by the Pakistan High Commission is intriguing as they had maintained all along that they are yet to receive visa application and passport of the Bollywood actor so as to process his request.
In response, Kher said, “Reality remains that Pak Interior Ministry refused to grant NOC for my visa. 17 others invited also didn’t apply for visa.”Pakistan High Commission is lying, I’ve been denied visa: Anupam Kher