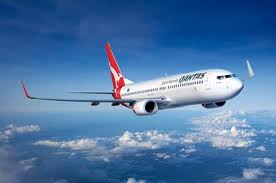 NEW DELHI:Airlines in India can now charge all their fliers extra for preferential seating, even check-in baggage, among other services, according to aviation regulator DGCA or Directorate General of Civil Aviation.
“On the basis of various feedback received, it is felt that many a times these services provided by the airlines may not be required by the passengers while travelling. Considering the fact that unbundling of services and charges thereto has the potential to make basic fare more affordable and provides consumer an option of paying for the services which he/she wishes to avail,” DGCA said in a circular.
The facilities that a passenger can now be charged extra for are – preferential seating, meal/snack/drink charges (except drinking water), airline lounges, check-in baggage, sports equipment, musical instrument carriage and special declaration of valuable baggage.
Airlines in India were earlier allowed to set aside 25 per cent of the total seats as ‘preferred seats’ and charge extra for them.
The charges for the unbundled services shall be a fixed amount and shall not vary with the base fare for a particular sector/flight, DGCA said.
Unbundled services are a global norm in the aviation industry. Such extra charges have helped the US aviation industry to return to profitability.
Some American carriers also charge fees for the ability to skip long queues at the security-check gates.