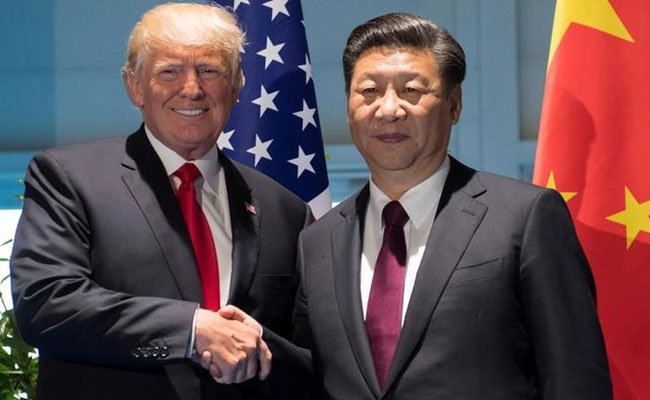 BEIJING : The North Korean nuclear issue needs a peaceful resolution, Chinese President Xi Jinping told U.S. President Donald Trump in a telephone call on Saturday, and called on the “relevant side” to exercise restraint, state television said.
Trump issued a new threat to North Korea on Friday, saying the U.S. military was “locked and loaded”, as Pyongyang accused him of driving the Korean peninsula to the brink of nuclear war and world powers expressed alarm.Xi told Trump that it was in the joint interests of both China and the United States to achieve the denuclearisation of the Korean peninsula and protect peace and stability there, state television said in a brief report.
“The relevant side must at present exercise restraint, and avoid words and actions that exacerbate tensions on the Korean peninsula,” the report paraphrased Xi as saying. Resolving the nuclear issue ultimately needs to be done politically via talks, and China is willing to maintain communication with the United States on the basis of mutual respect to push for an appropriate resolution, Xi added.

Chinese state television cited Trump as telling Xi that he fully understands the role China has been playing on the North Korean nuclear issue.
© Thomson Reuters 2017