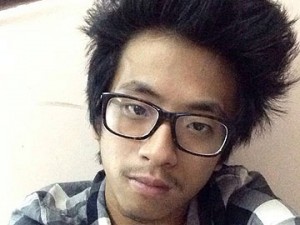 NEW DELHI : The family of an 18-year-old college student from Arunachal Pradesh alleges that he died after being beaten by a group of men in the crowded commercial locality of Lajpat Nagar in south Delhi.
Nido Taniam, a first-year student, had reportedly gone to Lajpat Nagar with three friends on Wednesday evening and was looking for an address, when someone at a sweet shop allegedly began mocking him. According to a member of the Arunachal Pradesh Students’ Union, Nido was teased about his hair.
Police sources say a fight erupted, in which Taniam broke a glass at the shop. A group of seven or eight local men then allegedly beat him with sticks and iron rods.
The police was called in and they took the four students away, but inexplicably dropped them back at the same place after a while. There they were allegedly caught by the men and beaten again, say sources. Nido Taniam’s family says he was found dead the next morning in his room in Green Park Extension. They allege that he died of his injuries from the brutal beating.
The police have detained a person from the shop where Nido was allegedly beaten. He has denied that anyone made fun of him. The police say they will wait for a report of the post-mortem conducted today at the AIIMS hospital before filing an FIR, or a police complaint.
Nido’s friends have alleged that it was a racist attack.  “After the Khirki incident, people from North-East have been feeling scared. He broke a window… that does not mean six people thrash him. Why did the police drop him back to that place and not where he lives?” questioned activist Bina Lakshmi.
The incident has triggered outrage on social media. Angry tweets were directed at Delhi’s Aam Aadmi Party (AAP) government, which has been criticised for its policy of encouraging people to catch corrupt officers and for standing by a minister, Somnath Bharti, who had conducted a vigilante-style “raid” in Khirki Extension in his constituency, targeting African nationals on the suspicion that they were involved in a drugs and sex racket.