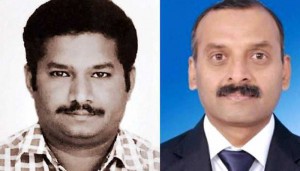 NEW DELHI: Teachers are reverenced world wide, even by dreaded terrorists. Two of the four Indians, who were abducted by Islamic State militants in Libya and later freed, have revealed that their teaching profession saved them from the captivity.
According to media reports, one of the two hostages released by ISIS narrated the entire incident about their abduction, stating that they were released after the captors learnt they were teachers.
“It was our profession that saved us. Our captors told us that they respect teachers as they educate many children in Libya. And, then they released us,” Vijay Kumar, 56, a faculty with Sirte University told an English daily.
Kumar and his colleague Laxmikant Ramakrishna, who hail from Kolar and Raichur respectively, were abducted along with two other Indians by ISIS militants on Wednesday at a checkpoint 50 km from Sirte.
“We were heading towards the airport in two cabs when we got a call from the driver of the other cab that their car was stopped mid-way. When we reached there we saw some gunmen surrounding the cab. We were then taken to an isolated area where our luggage was inspected,” said Laxmikant Ramakrishna.
The four men were locked up in a dark room. All they could hear was the distant sound of vehicles.“In the room we were interrogated by a man who called himself ‘Sheikh’. He enquired about our religion. He then spoke to someone over phone. Later, he told us that they would be releasing us without inflicting any harm,” Kumar was quoted as saying.
The two Indians will leave Sirte for Tunis on Sunday from where they will head to India on August 03, 2015.However, their other two colleagues – Balram Kishan and T Gopikrishna remain under the ISIS captivity even as the Indian government is continuing efforts for their release.