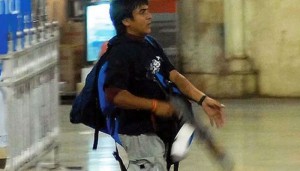 MUMBAI:Pakistani-American Lashkar-e-Taiba terrorist David Headley , currently imprisoned in the US, deposed before a Mumbai court on Monday in connection with 26/11 Mumbai attacks .

Headley’s testified before court through video conferencing. The prosecution team was headed Public Prosecutor Ujjwal Nikam and well known criminal lawyer Mahesh Jethmalani represented Headley before the special TADA court. The prosecution team put up about 40 questions before Headley during the course of deposition. 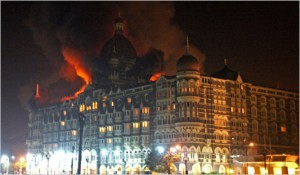 Revelations by terrorist David Headley said (1) identified Hafiz Saeed, when shown his photo in the court. Headley met Hafiz Saeed during a training camp in Pakistan’s Muzaffarabad in 2002. He said Hafiz Saeed inspired me to join LeT and I did Lashkar’s work on his directions. (2)
. Dr Tahawwur Hussain Rana helped me to get Indian visa. I met him in a military school in Punjab province. Dr Tahawwur Hussain Rana was my schoolmate for 5 years. After school, Rana became a doctor in Pakistan Army in Rawalpindi.
(3) Sajid Mir and Major Iqbal were happy to see my Indian visa. Sajid Mir was guiding me on getting visas (4) Sajid Mir (LeT Operative) was using the email ID chalchalo@yahoo.com to communicate
(5) During interrogation I gave information to Major Ali that I’m holding a business office in India. Major Ali thought that I will be beneficial for gathering intelligence from India. He later introduced me to Major Iqbal of Pakistan ISI.
(6). Two attempts were made to attack Mumbai prior to 26/11. First attempt was made in Sept 2008 but boat hit rocks in the ocean, weapons and explosives were lost but those on board survived. Second attempt to attack Mumbai made in October 2008, those involved in first attempt were involved in this as well, but attack failed. Third and final attack on Mumbai was successful (26/11).