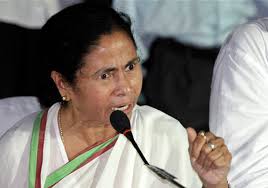 BURDWAN: A councillor of the ruling Trinamool Congress and two other partymen were arrested for allegedly assaulting the director of information technology hub and others at the industrial city of Durgapur in Burdwan district, the police said on Thursday.
Heera Bauri, councillor of 33 ward of Durgapur Municipal Corporation, and two others were arrested last night on the complaint lodged by Ritesh Trivedi, the director of the IT Hub at Durgapur.
Bauri assaulted Trivedi and others while they were bursting fireworks inside the hub premises on the occasion of Diwali, the police said.The Trinamool leader, who organises a nearby Kalipuja, was unhappy with Trivedi as he did not get the subscription he had demanded from him, the police said.
Trivedi alleged that it was getting difficult for industries to function because of the pressures being put by the ruling party to meet their demands.Bauri was remanded to 14 days’ judicial custody by a Durgapur court.