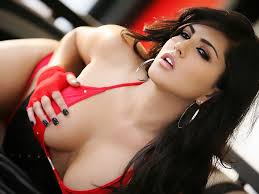 NEW DELHI : Adult star-turned-Bollywood diva Sunny Leone is indeed a popular girl in the country. There is enough proof to back Sunny on this one. Well, search engine giant Google has reportedly released a year ender list of who was googled most in the year 2014
Interestingly, Sunny has managed to remain the most searched celebrity in India on Google, and that too third time in a row. Yes! The ‘Baby Doll’ has made it to the top for the third time consecutively, marking a hat-trick of sorts. She not only maintained her position but also surged past Prime Minister Narendra Modi who is safely placed on the second spot.
Sunny has reportedly beaten the likes of superstar Salman Khan, Katrina Kaif and Deepika Padukone in the list. Meanwhile, Salman Khan has topped the most searched Bollywood actor male, closely followed by ‘new friend’ Shah Rukh Khan at the second slot.
In the female actor category, actress Katrina Kaif enjoys her top slot, followed by Deepika Padukone at the second number. Incidentally, in the trending movies list, Google has named Sunny Leone’s ‘Ragini MMS 2’ at number one place. The second position has been bagged by Salman’s ‘Kick’.