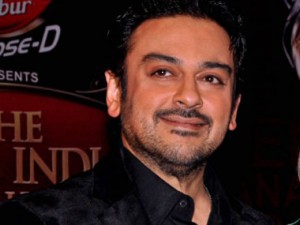 NEW DELHI: The Shiv Sena may have forced Pakistani ghazal singer Ghulam Ali to cancel his concert in Mumbai, but the NDA government is set to give Indian citizenship to Adnan Sami, another Pakistani singer.
The decision was taken after Attorney-General Mukul Rohatgi gave a favourable opinion to the Ministry of Home Affairs (MHA).A senior official told that Mr. Sami, who has been staying in India since 2001, will be given Indian citizenship under Section 6 of the Indian Citizenship Act, 1955.
The provision allows citizenship, through a certificate of “naturalisation,” to applicants with distinguished contribution in the field of science, philosophy, art, literature, world peace or human progress.
In May this year, the MHA granted him the right to stay in India indefinitely on humanitarian grounds after his Pakistani passport expired the same month. Mr. Sami has made several representations to Home Minister Rajnath Singh about his citizenship.
Mr. Sami was exempted from deportation proceedings under Section 3 of the Foreigners Act. In 2009, Mr. Sami’s wife filed a case of cheating and cruelty against him in Mumbai. “The criminal case filed against him was also taken into account, and we came to the conclusion that it was a civil case, which shouldn’t come in the way of our decision,” said the official.
Mr. Sami has sung in various Hindi films, the latest being a qawali for the Salman Khan-starrer Bajrangi Bhaijaan.