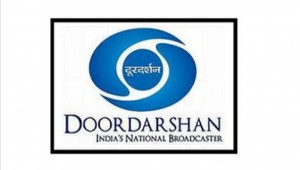 NEW DELHI: Doordarshan on Saturday claimed that it has emerged as the most-watched Hindi channel in terms of time spent per viewer ahead of top general entertainment channels (GEC).

The “monumental development” comes in as Broadcast Audience Research Council (BARC) released the all-India viewership data, which includes rural India, for the very first time, a statement released by Doordarshan said.
“DD National, the flagship channel of the network, registered an average time spent of 51 minutes per viewer, highest among Hindi GECs, in the week 41 as per BARC ratings,” the statement said.

This indicates that after tuning to the channel, viewers preferred to continuously watch it for a longer duration of time rather than frequently switching the channels, as compared to other GECs, it added.
According to the data, the channel’s gross viewership in lakhs (GVL) rose from 479.9 lakhs in week 40 to a massive 4040.5 lakh in week 41, it added.
The channel also witnessed a significant rise in ratings and moved up to the 7th position in Hindi-speaking markets in the week 41, according to the data, the statement said.