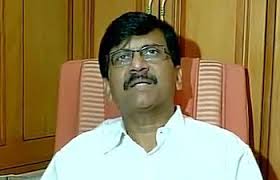 MUMBAI: In a highly insensitive act, 11 Shiv Sena MPs allegedly forced a Muslim catering supervisor to break his Ramzan fast at Maharashtra Sadan in New Delhi last week. The MPs were apparently angry over not being served Maharashtrian food, a daily reported. Snubbing religious sentiments, the Shiv Sainiks forced Arshad Zubair S, who was fasting for Ramzan, to eat a chapati.
The incident took place when a group of around 15 MPs were discussing complaints about the lack of services at the sadan.Indian Railways’ IRCTC immediately suspended the catering service in protest. IRCTC complained in writing to the Maharashtra Resident Commissioner, saying the employee had been “deeply pained and hurt… as religious sentiments are attached”.
According to the daily, the Resident Commissioner apologised to IRCTC and Arshad, and asked to “meet him personally (to) convey the sentiments of our government”. The Maharashtra government has vowed to take an “appropriate action”
Shiv Sena MP Arvind Sawant also denied the report, saying the MPs did not force catering supervisor to eat.In reaction to the incident, Nationalist Congress Party (NCP) leader Majid Memon said an investigation must take place in the case and strict action should be taken against people involved.
Nationalist Congress Party general secretary Tariq Anwar said Shiv Sena isn’t a responsible party and it has always been a group of anti-social people. Samajwadi Party leader Naresh Agarwal, meanwhile, described the incident as “highly condemnable”, adding he knows the government would not take any action against this, “but it must”.
In an e-mail sent to Resident Commissioner Bipin Mallick on July 17, IRCTC deputy GM Shankar Malhotra wrote: “Today there was a meeting of 12-15 MPs at New Maharashtra Sadan in the Press Conference Hall in which they were complaining about the services of Electrical, civil, housekeeping, catering, etc which they are facing from the last several months in the premises of Maharashtra Sadan.”
“The entire delegation along with the electronic media and Manager, Maharashtra Sadan, walked inside the public dining hall and started throwing chafing dish covers in the buffet area. They also issued physical threats to the kitchen and service staff while using highly objectionable language. The specific incident happened with the Resident Manager/IRCTC, Sh. Arshad who was forced to consume full chapati whilst he was having fast on the eve of Ramzan. The concerned has been deeply pained and hurt on this account as religious sentiments are attached.”Malhotra said that the MPs “demanded [a] Maharashtrian caterer in the NMS [New Maharashtra Sadan]. It may be noted that this is not the first time that such an incident has happened. We have received no support from the NMS management in this regard.”
In his complaint, which was forwarded to Mallick, Arshad said, “All the guests along with media reporters and staffs of Maharashtra Sadan got into kitchen where I was getting the orders prepared. They caught me and put the chapati into my mouth. I was wearing a formal uniform set as prescribed by IRCTC and everybody in the panel also knew my name as ‘Arshad’ as I was wearing the name tag. Even then they inserted chapati in my mouth which caused my fast break on the eve of Ramzan. I was hurt with the thing they have done as religious sentiments are concerned.”