MUMBAI : India stock markets edged higher today after struggling in the early part of the session. IT and auto 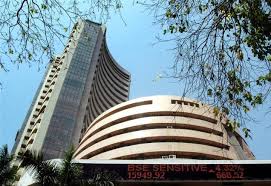 stocks lead the gainers.
The Sensex was up 126 points at 21,189. In the early session, it looked the Sensex would fall below the psychological important 21,000 market when it touched 21,001.
The Nifty was up 40 points at 6,301. Market analyst Saumil Trivedi said 6350-6400 continues to be a hurdle for the Nifty and 6250 remains a key support level.
Investors added IT stocks to their portfolio after the sector suffered a selloff in Friday’s trade. The market beating results from Wipro, announced after the market hours on Friday, boosted sentiment in IT stocks.
Wipro’s dollar sales grew 3 per cent sequentially in the December quarter, the best growth the company clocked in the last nine quarters.
Wipro shares were up 3.8 per cent at Rs. 574 while TCS and HCL were higher by over 2 per cent each. On Friday, TCS fell over 5 per cent, its worst single day fall in nearly 18 months after the company’s revenue growth missed estimates in over two years.
Among the major gainers, HDFC Bank rose 1.6 per cent to Rs. 675.55 while Kotak Mahindra Bank rose 1.2 per cent to Rs. 735. Among the Nifty losers, RIL was down nearly 1 per cent at Rs. 876 after its posted flat net profit for the third quarter.