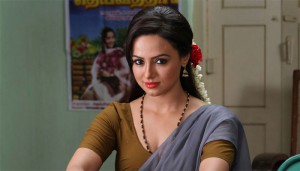 MUMBAI: Bollywood starlet Sana Khan, who was last seen in ‘Jai Ho’ has been arrested along with her boyfriend Ismail Khan over an assault case on Wednesday.
The arrest followed after a complaint was registered for threat and sexual harassment against her and Ismail Khan by a woman in Mumbai. More details on the same are awaited.
Incidentally, actor-director Sahil Khan had earlier registered a case in Amboli Police Station in Mumbai after Ismail attacked him in a gymnasium. The assault took place on October 22. Sahil had alleged that Ismail assaulted him over some press reports about Sana Khan.
The starlet was a finalist in the popular reality show ‘Bigg Boss’ in its sixth season.

Sana’s life has been full of controversies. In June 2013, Sana was arrested on the alleged charge of attempting to kidnap and detain a minor girl in Navi Mumbai.