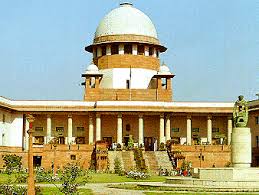 NEW DELHI : The Supreme Court today agreed that it needs a formal system to handle cases of sexual harassment against former and serving judges. The court had earlier controversially said that it does not have administrative control over former judges and therefore will not accept cases against them, a stand that has been derided as a dereliction of responsibility.
Two former Supreme Court judges have been accused recently of sexually harassing women who were interning for them.Justice Swatenter Kumar, currently the head of the National Green Tribunal, has denied the charges filed against him earlier this week by his former intern who said he harassed her in August last year when he was still a Supreme Court judge.   The tribunal he heads now is effectively a fast-track court that deals with cases related to the environment.
Today, the Supreme Court is hearing the case against him.  Judges have asked noted lawyer Fali Nariman and KK Venugopal to suggest how harassment cases should be processed and investigated.

Late last year, Justice AK Ganguly was indicted by a Supreme Court committee for unwelcome verbal and physical behaviour towards his intern.  He resigned as Chairman of the Human Rights commission earlier this month.