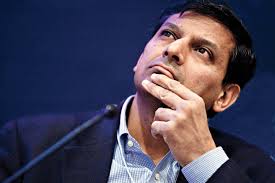 MUMBAI: Shedding his hawkish stance, Reserve Bank Governor Raghuram Rajan Thursday sprang a surprise by cutting interest rates by 25 basis point a move that is likely to result in cheaper home and auto loans.
Reacting to the development, the BSE soared by over 650 points while NSE rose by over 194 points in the afternoon trade.The rate cut ahead of a scheduled RBI policy meeting on February 3 will result in “more money in the hand of the consumers,” Finance Minister Arun Jaitley said, while bankers said it was a “movement in direction of interest rate cut.”
Rajan, who had focused on quelling inflation since taking office in September 2013, lowered the benchmark repurchase rate to 7.75 percent from 8 percent, the first reduction since May 2013.
As a result the reverse repo rate, the rate at which the central bank drains excess liquidity from the banking system, also moved down by 25 basis points to 6.75 percent.
Consumer-price inflation will probably be below the RBI’s target of 6 percent by January 2016, Rajan said.”Reduction in the rates is a positive development. It will lead to more money in the hand of the consumers and greater spending. It’s positive for the Indian economy,” Jaitley said.
“It will certainly help in reviving investment cycle that the government is trying to restore,” he said.While SBI Chairman Arundhati Bhattacharya said the country’s largest lender “will look at how and when base (lending) rates can be cut”, ICICI Managing Director and CEO Chanda Kochhar said it was “movement in the direction of interest rate cut.”
RBI rate follows decline in inflation as well as the commitment of the government to stick to the fiscal deficit target of 4.1 percent of the GDP in the current financial year.Rajan had during the previous monetary policy review on December 2 hinted at a possible easing in rates early in 2015, including outside of planned meetings.
“These developments have provided headroom for a shift in the monetary policy stance,” the RBI said.
Analysts believe that today’s decision could pave the way for a cut in retail lending rates that could see a reduction in the monthly payments on home, auto and other consumer loans.
Welcoming the RBI decision, Bhattacharya said: “We thus believe that this cut may be just the beginning of a rate easing cycle”, while Bank of Maharashtra Chairman S Munhot said many banks would now look at easing interest rates.
“We have already cut our base rate by 0.15 percent last month in anticipation of rate reduction by RBI. Now we would look at some select sectors like MSMEs to reduce our spread,” he said.cember, the Wholesale Price Index (WPI) inflation has remained near zero percent in the same month.
Elaborating on the price situation, the RBI said, “Inflation outcomes have fallen significantly below the 8 percent targeted by January 2015. On current policy settings, inflation is likely to be below 6 percent by January 2016.”
Lower-than-expected inflation has been enabled by decline in prices of vegetables and fruits, cereals and the large fall in international commodity prices, particularly crude oil, it said, adding barring geo-political shocks, they are expected to remain low over the year.

The RBI, however, has decided to keep the cash reserve ratio (CRR), the portion of deposits which the banks are required to have in cash with the central bank, unchanged at 4.0 percent.
Following reduction in the repo rate, the reverse repo rate has been adjusted to 6.75 percent, and the marginal standing facility (MSF) rate and Bank Rate to 8.75 percent.
The RBI in its fifth bi-monthly monetary policy statement in December had said that “if the current inflation momentum and changes in inflation expectations continue, and fiscal developments are encouraging, a change in the monetary policy stance is likely early next year, including outside the policy review cycle”.
In its public interactions, the RBI functionaries had committed to initiate the process of monetary easing as soon as data indicated that medium-term inflationary targets would be met, the statement said.
The December monetary policy had said that once the monetary policy stance shifts, subsequent actions would be consistent with this stance.”Key to further easing is data that confirm continuing disinflationary pressures. Also critical would be sustained high quality fiscal consolidation as well as steps to overcome supply constraints and assure availability of key inputs such as power, land, minerals and infrastructure, RBI said.
It said in the statement that there was a need to ensure that potential output rises above the projected pick-up in growth in coming quarters so as to contain inflation.The RBI said that it would continue with daily variable rate repos and reverse repos to smoothen liquidity.
The central bank, it added, will provide liquidity under overnight repos at 0.25 percent of bank-wise NDTL at the LAF repo rate and liquidity under 7-day and 14-day term repos of up to 0.75 percent of NDTL of the banking system through auctions.” 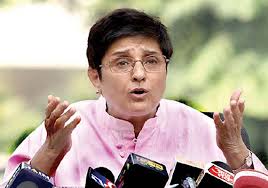 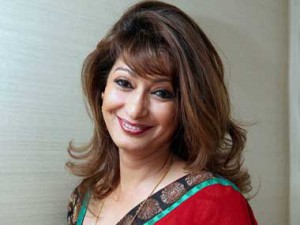