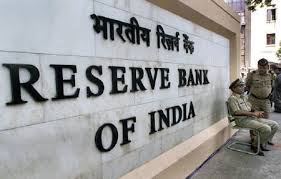 MUMBAI: The Reserve Bank of India on Tuesday announced the fourth bimonthly monetary policy review, saying it was keeping policy rates unchanged in a bid to maintain financial and price stability.
The RBI decided to keep the lending rate, or the Repo rate, unchanged at 8 percent, while it retained the short-term borrowing or reverse repo rate at 7 percent and the cash reserve ratio (CRR) at 4 percent. RBI has retained growth projection for current fiscal at 5.5 percent and said that future policy stance will be influenced by inflation outlook.
The RBI is targeting to ease the CPI number to 8 percent by January 2015, but it is the January 2016 target of 6 percent, which the RBI had voiced concerns about in the last policy review held in August, saying there are “upside risks” to the number.
RBI governor Raghuram Rajan, who has repeatedly opined that he wants a sustainable solution to the inflation problem and fight the battle in one go, had recently said he would not cut the rates only to be hiked again as inflation remains sticky. Rajan has hiked the rates thrice since assuming charge as the Governor in September last year and the repo rate, at which RBI lends to the banks, stands at 8 percent at present. The industry has for long been asking for a rate cut to boost the growth, which came in at 5.7 percent for first quarter.