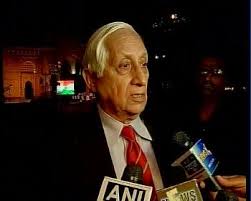 NEW DELHI : Congress might be looking for a shelter with Britain’s confession of an advisory role in Operation Bluestar, but Lieutenant General Brar who led the Indian troops in the operation said that he is “unaware” of any such thing that might have been transpired between then Prime Minister Indira Gandhi and her UK counterpart Margaret Thatcher.
Speculations are still rife even when Sikh groups are demanding an SIT probe in the 1984 riots. Meanwhile, according to a report, Brar said,”I am not aware of any advice by UK government to India on Operation Blue Star. UK played no role “limited” or otherwise in Operation Blue Star.
I came into picture on June 1, 1984 and the operation was started on June 5. I have no idea if UK advised India before that and what conversations the British government had with the Indian government.” On Tuesday, foreign secretary William Hague said in UK that the Britain did advise India to flush out militants from the Golden Temple, but this had little of remote influence on the outcome.
“Operation Blue Star was a ground assault, without the element of surprise and without a helicopter borne element. The Cabinet Secretary’s report therefore concludes that the UK officer’s military advise had limited impact on Operation Blue Star. The nature of the UK’s assistance was purely advisory, limited and provided to the Indian government at an early stage. It had limited impact on the tragic events that unfolded at the temple three months later,” he said. The debate over the 1984 riots surfaced after declassified documents were revealed that Margaret Thatcher’s government helped Indira Gandhi in planning the operation that left more than 1,000 people dead.