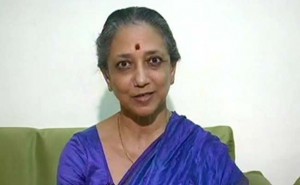 NEW DELHI : Nine Censor Board members have resigned today, a day after board chairman Leela Samson quit amid a massive row surrounding the film “MSG: The Messenger of God,” starring controversial Dera Sachcha Sauda sect chief Gurmeet Ram Rahim Singh.
In their resignation letter, written to the Information and Broadcasting Ministry, the members say, “It is our firm position that given the cavalier and dismissive manner in which the CBFC (Central Board of Film Certification) is treated by the government, it is impossible to perform this duty with even a modicum of efficacy or autonomy.”
The board members also say that the attempt to make film certification transparent has been frustrating.”This Board has consistently attempted to make the certification process more uniform, transparent, consistent and sensitive to the freedom of filmmakers’ right to expression with responsibility. The struggle to do so has been extremely frustrating and disappointing,” the letter says.
The nine members say that the advisory panel is full of people with questionable credentials.”The Advisory Panel continues to be filled up with people of questionable credentials appointed directly by the Ministry, without taking the Board’s recommendations into account,” they wrote in the letter.
Ms Samson had resigned yesterday alleging interference and coercion by the government. She quit protesting that the film “MSG, the Messenger of God” was cleared despite the board’s objections. It was cleared for screening by the Film Certification Appellate Tribunal after the Censor Board found the film “not suitable for public viewing.” The tribunal only asked the producers to drop two words from the film.