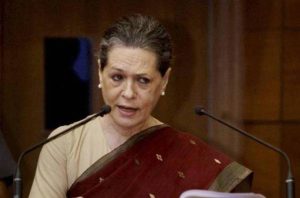 NEW DELHI : The Enforcement Directorate (ED) has summoned Congress leader Sonia Gandhi on July 21 in connection with the National Herald case. Sonia Gandhi was given four weeks’ time which ends on July 22.In June, the ED had accepted Sonia Gandhi’s written request seeking deferment of summons. Sonia had written to the probe agency seeking postponement of her appearance by a few weeks till she recovers completely from Covid-19 and a lung infection.
The Congress chief, 75, had to skip earlier summons after she tested positive for Covid on June 2. She was released from hospital in the middle of June and had asked for more time to appear before the agency. The Congress president was discharged from Sir Ganga Ram Hospital in New Delhi on June 18. She was admitted to hospital with Covid complications on June 12. Earlier, Sonia Gandhi was asked to appear before the Enforcement Directorate (ED) in connection with a money laundering case. She was asked to appear before the agency on June 8, but after she tested positive for Covid-19 on June 1, she sought time from the ED.