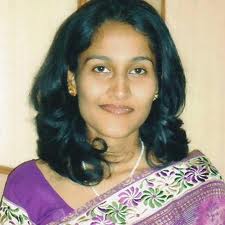 MUMBAI : The Mumbai crime branch claimed to have cracked the Preeti Rathi case eight months after the attack. Twenty-three year old Ankur Narayanlal Panwar was arrested for allegedly throwing acid at her at Bandra terminus while she de-boarded Garib Rath train on May 2, police said.
Arrested from his house, Ankur was Preeti’s neighbor in Delhi and the two were family friends. Initially, when the investigations started, Preeti gave names of three suspects, which included Ankur’s name. The police interrogated two of them. However, Ankur was never quizzed about the case. After interrogating the two suspects, the police  quizzed Ankur’s father initially. Police was told that Ankur had been in Haridwar for an interview in a 5-star hotel at the time of the attack. The police then decided  not to interrogate Ankur.
According to the police, the motive behind the attack has been ascertained as jealousy. Preeti had bagged a job with Indian Navy as a Lieutenant while Ankur who had spent a lot of money on his Hotel Management studies was unemployed. Due to his unemployment, his family kept taunting him and comparing him with Preeti.
Ankur’s mother, who frequently visited Preeti’s house, told her son that Preeti had got a job and will earn Rs. 50,000 a month. Ankur was infuriated with daily rants and decided to end Preeti’s life. Ankur’s mother had told him that Preeti was going to Mumbai by Garib Rath Express.

Ankur arranged for battery acid and boarded the same train without a ticket. He kept looking for an opportunity to throw acid at her which he found when Preeti de-boarded the train at the station in Mumbai.
He tied a handkerchief on his face and approached Preeti and flung acid on her face. Ankur found a job in a hotel in Ahemedabad and left Delhi. But when the hotel officials asked all its employees to get police verification done, Ankur came back to Delhi.
When Ankur went to the police station, constables who were working in co-ordination with Mumbai Crime  Branch saw him. They questioned him and once again Ankur told them that he had gone to Haridwar for an interview at the time of the attack. But when the details were cross-checked with the hotel, Ankur’s version of story turned out to be false.
After escaping arrest for eight months Ankur was finally nabbed. Presented before the court, he has been now sent to police custody till January 23.