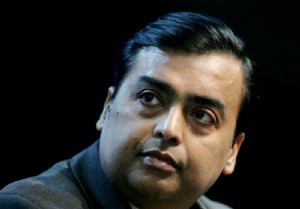 NEW DELHI : Delhi Chief Minister Arvind Kejriwal today asserted that a criminal case over gas pricing filed in the capital names billionaire Mukesh Ambani, Oil Minister Veerappa Moily and other policy-makers.
“Veerappa Moily, (former oil minister) Murli Deora,  Mukesh Ambani and  (former Director General of Hydrocarbons) VK Sibal have all been named,” Mr Kejriwal told reporters today.
Yesterday, Mr Kejriwal made the industrial-strength announcement that he had asked for an FIR against Mr Ambani, who is India’s richest man and Chairman of Reliance Industries Limited, and two union ministers. An FIR is the first step in the filing of formal charges and obliges the police to begin an investigation. Mr Kejriwal says that the Law Minister and Mr Ambani are colluding to inflate the prices of gas produced from the D-6 block off the Eastern Coast which is operated by Reliance.
The Centre in December cleared a price hike starting April 1 which is expected to result in prices that are double the current level. Mr Kejriwal has asked the Prime Minister to suspend that price hike till the issue is resolved.
Mr Kejriwal says his premise of a large scam is based on the plummeting output from the D-6 block. He alleges that Reliance has created an artificial shortage to “blackmail” the government to set higher prices. Reliance has blamed geological complexities, but the oil regulator believes it has not drilled enough wells.
Mr Kejriwal’s move for an FIR has raised questions about whether the Delhi government, through its anti-corruption bureau, can investigate a decision taken by the Centre.
Senior BJP leader Arun Jaitley said in a blog today, “To put the Central Government under the police jurisdiction of the state government would be a constitutional monstrosity. It would be violation of federal principles in reverse.”
In a statement last night, Reliance called Mr Kejriwal’s allegations “shocking” and said it could take legal action in response.