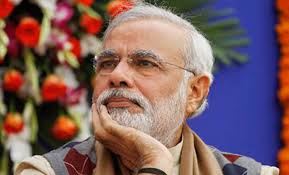 NEW DELHI: With just a day to go for Prime Minister-elect Narendra Modi’s swearing-in ceremony, the list of ministers to be inducted into the new Cabinet is likely to be sent to President Pranab Mukherjee today.Amidst hectic discussions on formation of the new government, indications have emerged that Mr Modi, 63, would have a small Cabinet that will take oath along with him tomorrow in the forecourt of Rashtrapati Bhawan.
Sources say some senior BJP leaders including Rajnath Singh, Arun Jaitley, Nitin Gadkari, Sushma Swaraj, Arun Shourie, Ravi Shankar Prasad are expected to find a place in the Cabinet.The BJP is also considering berths for its allies, say sources. The Shiv Sena, Chandrababu Naidu’s Telugu Desam Party and Ram Vilas Paswan’s Lok Janshakti Party are expecting ministries, based on their good performance in the polls. The Akali Dal, the BJP’s Punjab ally, has said it won’t join the central government.
Mr Naidu will meet Mr Modi and other top BJP leaders in New Delhi today to decide on the Cabinet berths for his party MPs. The TDP hopes to secure at least four berths in the Cabinet. Meanwhile, Mr Modi is expected to restructure the government, which will include merger of some ministries, to “remove anomalies” for the effective delivery of governance. To give final touches to the Cabinet, Mr Modi yesterday held a series of meetings with party leaders.
The BJP won a massive mandate in the national election, winning 282 seats on its own – a clear majority – and 336 seats with its 29 allies.