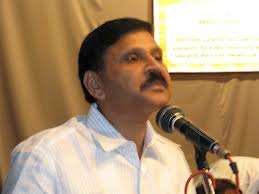 PUNE : A senior IAS officer in Maharashtra has allegedly racked up a fortune worth Rs. 200 crores by acquiring large tracts of government land that he oversees. Prabhakar Deshmukh, the Divisional Commissioner of Pune and the city’s top bureaucrat, is alleged to have acquired over 150 acres of land in five districts he controls.
Property registration documents accessed by NDTV show that Mr Deshmukh bought 300 acres of land jointly with builder Ramesh Kavediya in a village in Satara district, for just Rs. 2 crore, or less than Rs. 2 a square foot. The land, shown as “reserved for rehabilitation” in official records, is worth Rs. 6 crore.
Last year, the price of this land skyrocketed overnight to Rs. 127 crore after it was declared “non-agricultural” despite objections from two departments, on January 28, the same day Mr Kavediya applied for a change of status.
Mr Kavediya, who runs the Siddhivinayak real estate group, denied any wrongdoing, saying, “Mr Deshmukh was buying the same land and we were also interested, so it’s for convenience that we registered the land deal together.”
The IAS officer told NDTV all his land deals have been fair and that he is being targeted by some people.
In 2011, under a rule that requires government officials to disclose their assets, Mr Deshmukh declared 95 acres of land and two flats in Pune and Mumbai worth six crores. His official salary is about Rs. 82,000 a month.
His declared land includes a 6,000 square foot patch in his native village in Satara, which he bought for just Rs. 50,000 in an auction conducted by his own department.
Mr Deshmukh justified it saying he had the right to buy land in his village. “I have informed the government about this.” An RTI activist Vijay Kumbhar has written to Chief Minister Prithviraj Chavan and the state chief secretary asking for an investigation into Mr Deshmukh’s wealth.