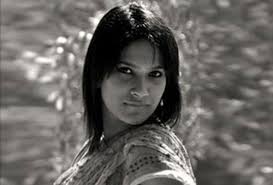 MUMBAI: Young lawyer Pallavi Purkayastha’s murder in her own home in Mumbai shocked the city known to be safe for women. Two years on, a court has found the watchman of her apartment building guilty of assaulting, molesting and killing her. Sajjad Ahmed Pathan, 22, faces a life term or the death sentence.
“He devastated two families. He should get nothing less than death, as a deterrent to others,” said Pallavi’s father Atanu Purkayashta, a joint secretary in the Union Agriculture Ministry.Fighting tears, her mother Sumita added, “My daughter died like this. She was everything to us. What can parents want after that? We want the death penalty.”
Pallavi, a 25-year-old lawyer and a national level swimmer, was murdered in her 16th floor “Himalayan Heights” apartment in Wadala in central Mumbai on August 9, 2012.
Within 24 hours, the police homed in on Sajjad, the building’s guard, and arrested him before he could escape to his hometown in Jammu and Kashmir. What emerged was a chilling story of a woman stalked and attacked by a man hired to protect her and other residents of the apartment building.
The prosecution alleged that Sajjad was enraged after Pallavi told him off for staring at her. Neighbours reportedly told the police that he was known for misbehaving with women.Working to a plan on August 9, Sajjad repeatedly switched off power supply to Pallavi’s flat, knowing that she would ask for help. When she did, he arrived with an electrician and stole her flat keys.
Later that night, Sajjad allegedly sneaked into the flat when Pallavi was sleeping. He allegedly tried to rape her but she fought back fiercely. He then allegedly killed her with a knife and ran away.Pallavi’s fiance Avik Sengupta, who lived with her, found her body lying in blood. The Mumbai police described the murder as “perversion of the highest order.”
Mr Sengupta, who had met and fallen in love with Pallavi at law school, died of an illness in November last year. He was a crucial witness and had given his testimony in the case. Friends of the couple say he had been depressed since the murder.
Among those who had waited anxiously for today’s verdict is Pallavi’s friend Chirag Madan, who told NDTV, “Pallavi was a great friend. She was like an elder sister. I grew up with her. I just hope that after the verdict, her soul may rest in peace.”