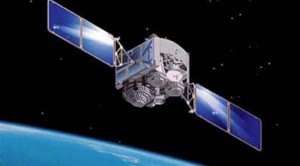 The trusted and versatile polar satellite launch vehicle with the satellite on board lifted off at one minute past 4 in the evening today from the second launch pad of the Satish Dhawan Space Centre at Sriharikottta.
The lift off was delayed by one minute to avoid space debris, as said by ISRO scientists. In less than 20 minutes and 15 seconds after lift-off, the rocket placed the payload at an altitude of 489 kilometers. ISRO chairman AS Kirankumar after congratulating his scientists said, the next and the final launch in the current series will be made next month.
The Indian Regional Navigation Satellite System is aimed at providing accurate positional information to aid terrestrial, aerial and maritime traffic, fleet management, mapping services and disaster management. It is being established with a constellation of seven identical satellites in geostationary orbits at a cost of Rs 1420 crore. The spatial resolution under the home-grown system is planned to be better than 20 metres.
AIR correspondent reports, today’s launch is the 33rd continuously successful mission for the polar satellite launch vehicle PSLV C32. The rocket took the flight in its extended version with strap on motors incorporated, to give the needed extra thrust given the heavy satellite lift off mass of 1425 kilogram and the sub-geosynchronous orbit involved.
The satellite consists of navigation and ranging equipment including a rubidium atomic clock to provide accurate time.The ISRO has already operationalized the position information system in a limited scale with the five satellites in orbit.
The IRNSS 1F satellite that joins them today would further enhance the position accuracy. Once the next satellite which is final in the series is also put into space, a full-fledged system on the lines of the GPS of the US, Glonass of Russia and Galileo of Europe would be ready for seamless use with primary focus of India and about 1500 kilometers around it.
With today’s successful mission, the goal of having India’s own satellite based navigation system is now just another launch away.
Prime Minister Narendra Modi has congratulated ISRO scientists on the achievement. In a tweet, Mr. Modi said the successful launch of thenavigation satellite is an accomplishment and the country takes immense pride in it.