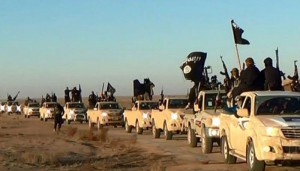 NEW DELHI: Is Islamic State planning to attack Delhi? As per reports, the Delhi Police has received inputs from intelligence agencies that the terror group may target the national capital.

A similar input has also been sent to the Rajasthan Police, the Times of India reported.Following the alert, the Special Cell of Delhi Police has been tasked with securing the city from any IS threat.
As per the intelligence inputs, the Islamic State could carry out the strike in the upcoming festive season.The daily reported that the IS could the carry out the attack as a lone wolf type or by using a module of two or three.
The development came even as a terror threat was issued for Mumbai as well.The domestic and international airports and the iconic Taj Hotel in Mumbai received a terror threat, following which security agencies went on an alert.
The airport manager on duty late Monday night received a call that the airport and the Taj Hotel outside the airport may be attacked.Described as a “specific threat”, the agencies concerned beefed up security at these locations.