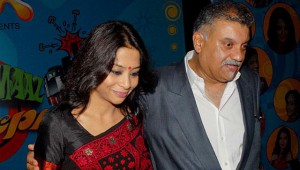 MUMBAI: Indrani Mukerjea feared that the impending marriage between Sheena Bora and Rahul Mukerjea would reduce her favourite daughter Vidhie’s share of the property from former husband Sanjeev Khanna. This, according to the CBI’s charge sheet, was possibly the motive for the murder of Sheena.
“Indrani has a soft corner for Vidhie, her daughter with Sanjeev Khanna, who after his divorce from Indrani is still unmarried.

Moreover, after the engagement of Rahul and Sheena, Indrani was afraid the entire property might go to the couple, as Peter was fond of his son Rahul,” it states. Rahul and Sheena were engaged in October 2011. With Indrani and Peter opposed to their relationship, the CBI’s case revolves around the financial motives of each accused.
Peter, the latest person to be arrested in the case, has also been booked for murder and criminal conspiracy.According to the CBI, Peter knew of Sheena’s murder, but tried to mislead his son Rahul about her presence in the U.S. Peter was on Friday remanded in CBI custody till November 23. Meanwhile, the CBI also questioned Rahul for nearly five hours at their office.
Vidhie’s interest was also the reason why Sanjeev entered the conspiracy. With Sheena out of the way, “his own daughter would get financial benefits and properties of Indrani and Peter,” the charge sheet states.