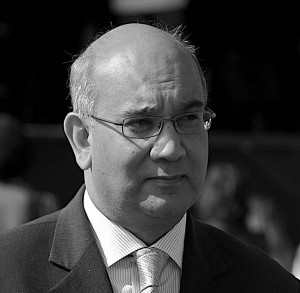 LONDON: Keith Vaz, one of Britain’s longest- serving Indian-origin MPs, could face an inquiry by the UK’s parliamentary watchdog over allegations of a conflict of interest by intervening in the immigration application of controversial IPL founder Lalit Modi.
According to a ‘Sunday Times’ probe, Vaz personally wrote to Sarah Rapson, the director-general of UK visas and immigration, in an effort to expedite the case of London-based Modi, former commissioner of Indian Premier League cricket tournament.Vaz was then chairman of the influential House of Commons Home Affairs Select Committee in which role he was required to scrutinise and hold to account the work of Rapson and her department, the newspaper points out.
However, Vaz has denied any wrongdoing or conflict of interest and said he had treated Modi’s case the same as others who sought his help. Conservative MP Andrew Bridgen has now written to Kathryn Hudson, the UK parliamentary standards commissioner, urging her to investigate whether Vaz had breached the MPs’ code of conduct.
In a leaked correspondence seen by ‘The Sunday Times’, Vaz offered to help with the immigration case of Modi, a controversial multimillionaire who has been investigated by Indian tax authorities in the past. Modi came to London in 2010 amid claims that the IPL cricket tournament was embroiled in alleged match-fixing and illegal betting.

His Indian passport was later revoked, leaving him grounded in the UK. Modi has always denied any wrongdoing and says he left India for Britain because of ‘death threats’. Shortly after he received his UK travel documents last summer after a lengthy legal battle with the UK Home Office, Modi described Vaz as a ‘superstar’.
Vaz has said Modi’s case was ‘one of hundreds’ he had raised with the Home Office on behalf of individuals where he felt there was a wider problem with the immigration system – in this case a delay in the issuing of travel papers.
He said: “There is no conflict of interest as I have no personal interest in this case and received no benefit from it. I actively encouraged people to bring to my and the committee’s attention examples of delays, inefficiencies and problems with the immigration system.”
This weekend the Labour Party MP and vice-chair of his party will stand for re-election as the select committee chairman against Labour MP Fiona Mactaggart. But Labour MP John Mann said: “I believe his position as chairman of the committee is totally untenable and he should stand aside in favour of Fiona Mactaggart.”